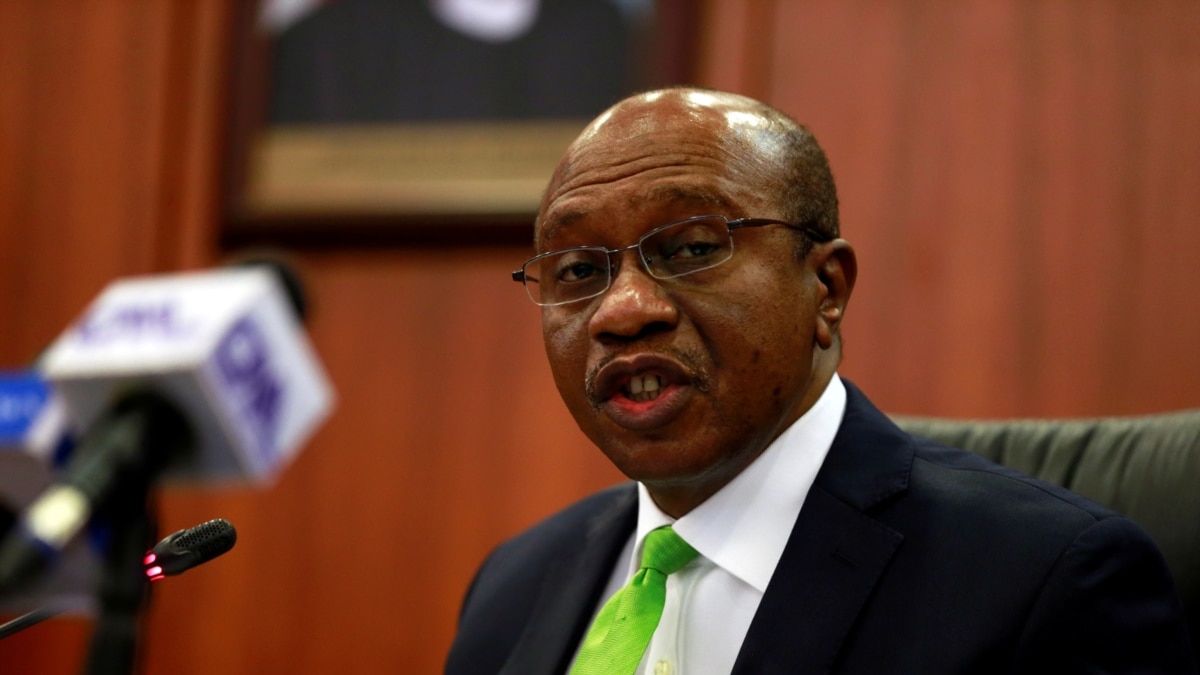 The secret police did not say when they began investigating the governor of Nigeria’s central bank, but, according to a court affidavit, the agency has been trying to have him questioned since December.

In late December, a Federal High Court in Abuja issued an order barring the secret police from arresting, detaining or questioning the central bank governor, and called the investigation unwarranted and vindictive.

CBN spokesperson Osita Nwanisiobi did not respond to calls from VOA to comment on the matter.

But Emefiele has faced growing criticism of his policies at the central bank, including overhauling the Nigerian currency and December’s introduction of limits on cash withdrawals.

The director of the Center for Social Justice, Eze Onyekpere, claims that Emefiele desecrated the independent position of the CBN governor by participating in partisan politics.

“In international law and jurisprudence, central bank monetary policy authorities are expected to be independent,” he said. “For the managing director of this same bank to now drag the CBN into a politically compromised situation, lends itself to various or all sorts of innuendo. This would not have happened if the CBN governor had stood aside partisan politics.”

Emefiele withdrew from a possible presidential bid last May after President Muhammadu Buhari ordered civil servants with political interests to resign from their posts.

In October, the president approved the central bank’s redesign of the nation’s highest banknotes in a bid to crack down on counterfeiters, promote more cashless payments and reduce excess cash in circulation.

Analysts say the new currency, which has made caches of old currency unnecessary, will also make it harder for candidates to buy votes in next month’s election.

“Man is witch hunted, people especially react when this issue of currency overhaul, cash withdrawal limit came up and a number of people, especially those in the halls of power , are not favoured, they believe this guy should be removed. If there are clear cases of financial crimes against him, then he should be removed from office and duly prosecuted,” he said.

Botti says the allegations against the central bank chief could undermine public confidence in the CBN and its policies.

But Onyekpere says the secret service must first present substantial evidence of their claims against the central bank governor.

“They have not disclosed a valid reason to induce the court to support their course of action. From what I have at my disposal, I do not see how they can support this charge,” he said. declared.

Emefiele was appointed head of the central bank in March 2014. In 2019, he was reappointed for a second five-year term which ends next year.