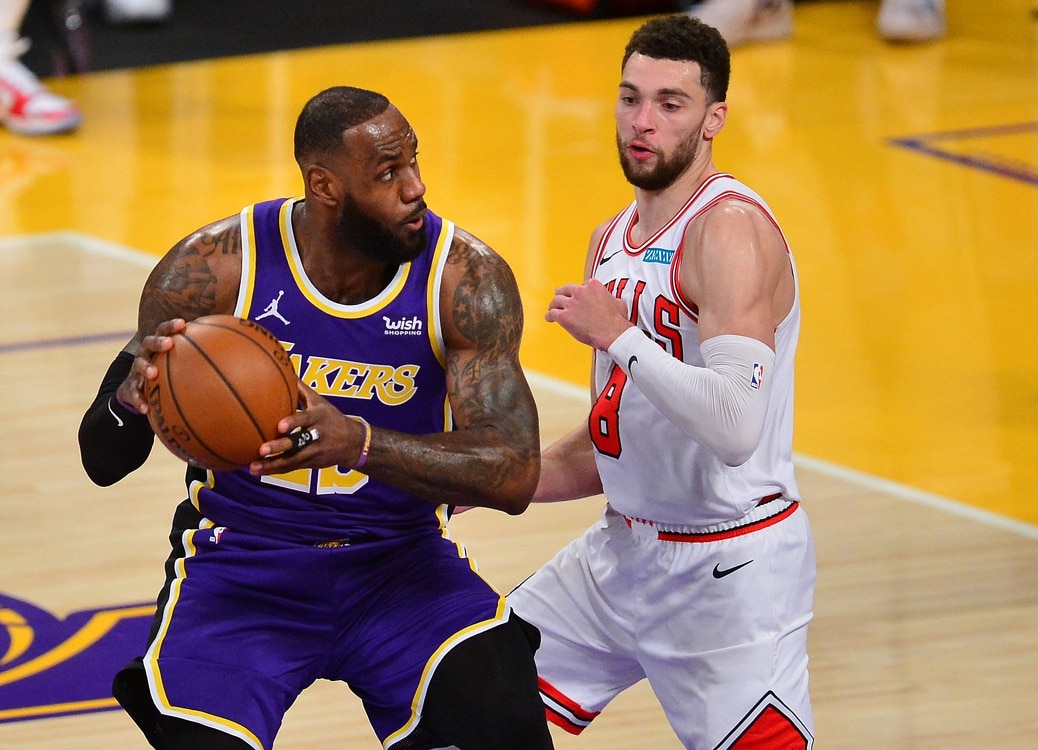 Analysts think Bulls could send LaVine to the Lakers

As the trade deadline approaches, the rumors start to pick up steam. Where there is smoke there is fire. Since his first day of free agency, Zach LaVine has been tied to the Los Angeles Lakers. Signing with Chicago made the most sense at the time since the Bulls could offer him the most money and the most years, but that doesn’t mean LaVine’s name isn’t still rumored to join. the Lakers via the trade market. A few weeks ago, Sean Deveney of The Heavy posted a quote from an NBA executive saying LaVine could make his way to the Lakers. The story was taken seriously, given that LaVine is represented by Rich Paul of Klutch Sports. He notoriously traded Anthony Davis from the New Orleans Pelicans to the Lakers. This time, he could set the stage to send LaVine to Los Angeles. ESPN’s Zach Lowe and Bobby Marks have given their thoughts on LaVine joining the Lakers before the deadline.

“LaVine wants to go to the Lakers, that’s been pretty clear for a while now,” an Eastern Conference executive told Deveney. “The (Klutch Sports) agents want him in LA, he’s a guy from UCLA and they made some noise about his contract last offseason, to kind of lay the groundwork if the things were exploding. Which they seem to be doing. – via the heavy

To sum up the conversation between Zach Lowe and Bobby Marks, they both agreed that the Bulls would no doubt accept an offer of unprotected first-round picks from Russell Westbrook, 2027 and 2029 for Zach LaVine. The Bulls can either buy out Westbrook or let his contract expire at the end of the season. Either way, the Bulls would be more focused on acquiring the two future draft picks without any restrictions. These might be the most valuable assets in the NBA, not named Luka Doncic. The Bulls could flip those picks for a disgruntled star in the future or save them to draft the next Zion Williamson or Ja Morant, maybe both, because there are two picks.

The Lakers improve their roster with a young Zach LaVine on Russell Westbrook. The hope would be that they make one last title run and then build around LaVine once LeBron James retires, making those future draft picks less valuable. LaVine is an upgrade for three-point shooting, but beyond that, it’s hard to imagine him in a role as a true No. 1 option on a playoff team. The Lakers are desperate and running out of time, with no significant stars showing any signs of displeasure. The closest player to a superstar who might want to come out is LaVine. The Lakers may have no choice but to put all their chips in for LaVine.