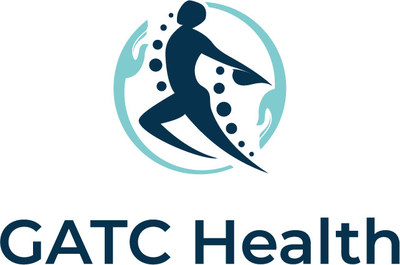 This legislation is expected to create greater demand for GATC’s drug discovery and development platform as AI and machine learning are increasingly used to advance drugs into human trials. .

IRVINE, Calif., January 25, 2023 /PRNewswire/ — GATC Health, a science and technology company that is revolutionizing drug discovery and disease prediction using artificial intelligence (AI), today announced that the FDA Modernization Act 2.0 has been promulgated in December 2022, ends an FDA mandate that investigational drugs must be tested on animals before being used on humans in clinical trials. The new legislation allows emerging technologies, including GATC computer modeling that predicts the potential safety and effectiveness of drugs in humans, to be used to advance drugs to human trials without the animal testing requirement.

In 1938, Congress passed the US Federal Food, Drug, and Cosmetic Act, mandating animal toxicity testing. Since then, science and data have shown that animal testing is highly inconsistent in predicting toxic responses in humans. More than nine out of 10 drugs that enter FDA human clinical trials fail and do not make it to market because they are unsafe or ineffective. The new FDA Modernization Act 2.0 states that new drug candidates are no longer required to undergo animal testing before human trials begin and signals a major shift toward computer modeling as the preferred method for simulating safety and the effectiveness of new compounds in humans before drugs are approved by the FDA.

Artificial intelligence reached its “AlphaGo” moment for the pharmaceutical industry in 2018, according to Deep Pharma Intelligence, with the validation of breakthroughs from IBM Watson, Insilico, Healx and DeepMind that year. GATC Health’s validated and proprietary Multiomics Advanced Technology™ (MAT) platform is mature, in production and ahead of the curve. MAT surpasses current AI for drug discovery by simulating the billions of interactions in human biochemistry for accurate and rapid disease prediction, identification of novel targets, and drug discovery and development. GATC’s computer simulation models use human biological components to more accurately predict medical and biological outcomes than animal testing. In a retrospective, triple-blind study analyzing 14,000 known compounds, MAT accurately identified drug candidates that would benefit human biology with 88% accuracy while spotting failures with 84% accuracy. GATC is currently in advanced preclinical testing with new compounds that have been discovered and modeled using GATC’s MAT platform.

“It is important to realize that while the biological components of an animal may be similar to their human counterparts, they are not identical. These subtle differences can lead to misinterpretations,” says Dr. Jonathan LakeyProfessor Emeritus of Surgery and Biomedical Engineering University of California at Irvine and GATC Health Advisor. “We believe that computer modeling of GATC can more quickly and accurately predict the physiological response to new compounds better than animal testing, which could save years, costs and lives.”

GATC Health’s advanced AI platform reduces the risk, time and cost of developing more effective drugs and treatments. GATC can analyze massive amounts of disease-specific data, with an AI solution that understands the basic biology of a disease and can mimic a human environment for new drug discovery and validation. The Company’s MAT platform can analyze 400 trillion biological data points in seven minutes and simulate biochemical interactions to accurately predict a pharmaceutical active’s response to a specific disease. With fast and accurate simulation, the MAT platform can develop 1-3 new drug candidates in 3-6 months with the ability to support end-to-end services in research and development.

GATC Health Corp. is a science and technology company that is revolutionizing disease prediction and drug discovery and development through its transformative AI platform and approach, which reduces risk in drug pipelines and accelerates new therapies to treat diseases. diseases with precision, efficiency and speed never before achieved in medical science. The Company’s Validated and Proprietary Multiomics Advanced Technology™ (MAT) Platform Simulates the Billions of Human Biochemical Interactions for Accurate and Rapid Disease Prediction, Identification of Novel Targets, and Discovery and Development of drugs. GATC envisions the future of medicine now, where health is protected, disease is reversed, and each person’s unique biology is accurately addressed.

GATC is accelerating the future of predictive and individualized medicine today.