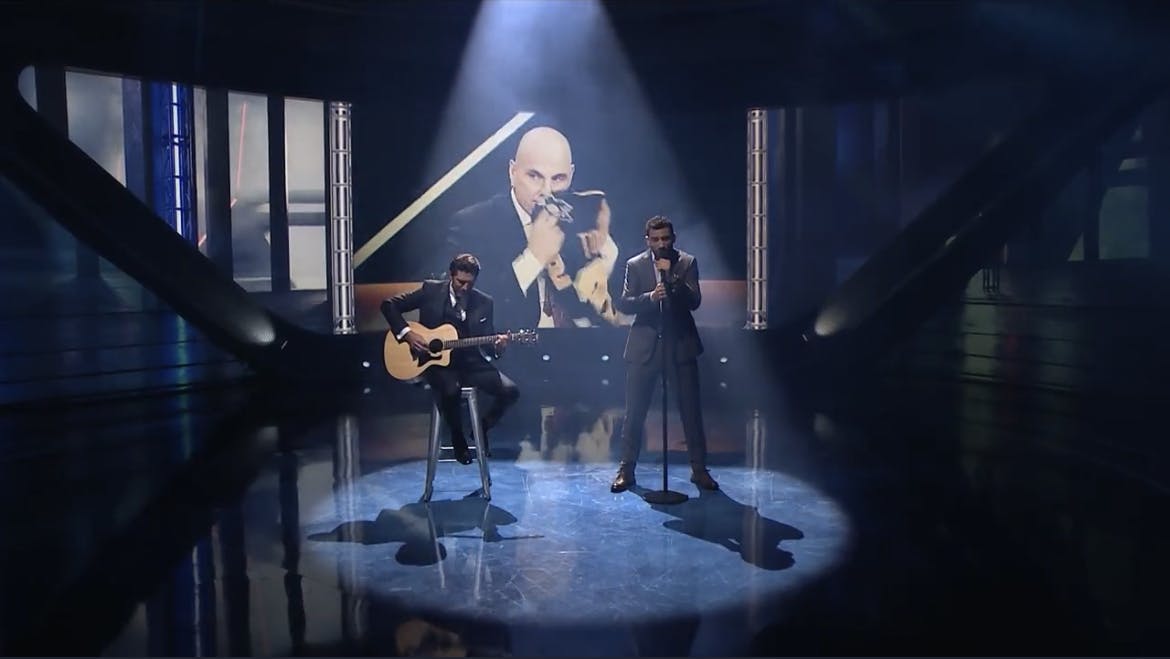 Henrik Lundqvist and Paul Bissonnette showed off their musical talent on Tonight’s NHL show on TNT.

The two former players, one of whom was a bit more successful than the other, bid farewell to their former co-analyst turned Vancouver Canucks head coach Rick Tocchet through a beautiful rendition of Green Day’s Good Ridedance.

“This one is for my steam room buddy Rick Tocchet. I’m gonna miss that sweaty, filthy body, my friend,” Bissonnette says before singing along as Lundqvist strums a guitar next to him while a video montage from Tocchet’s time on TNT plays in the background.

Tocchet notably enjoyed bringing out his whiteboard on the show and breaking down the pieces for viewers, and had an on-screen relationship with Bissonnette (and all of his co-hosts, really).

“Oh my god, oh my god, that was amazing!” Tocchet said after the nearly minute-long performance, which ended with Bissonnette crying into the microphone and saying “I’m gonna miss you man.”

Tocchet replaced the much-maligned Bruce Boudreau as Canucks head coach on Sunday, although he was signed to the Canucks for over a month and was all but confirmed as Boudreau’s replacement for more than a month. one week.

The Canucks picked up a win over the lowly Chicago Blackhawks on Tuesday night to give Tocchet a 1-0 record as Canucks head coach. We’ll see how that holds up after tonight’s game against a strong Kraken team.